Why do I have lower abdominal pain? Ask The Gynae Nearby 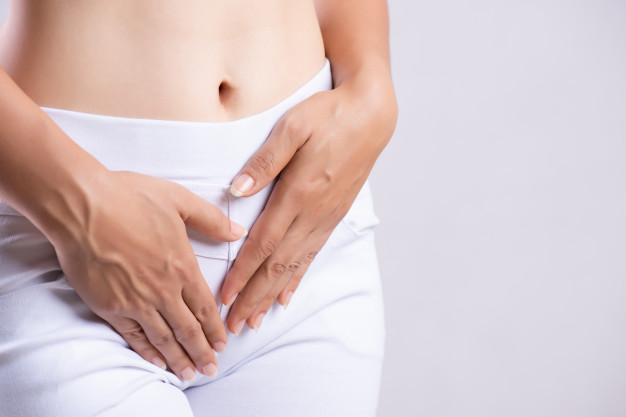 07 Apr Why do I have lower abdominal pain? Ask The Gynae Nearby

Posted at 06:06h in Gynecology by drushamkumar 0 Comments
0 Likes
Share

Lower abdominal pain in women is common and there could be a number of causes from endometriosis to benign cysts. Dr. Usha M Kumar, your Gynae Nearby shares various possible causes. There could be many different reasons as to why a woman is experiencing pelvic pain and it’s important to realize that not all of the reasons are necessarily gynecologically related things and other structures such as your bladder and your bowel could be the culprits and could be the cause of the pain.

The first thing to say in terms of helping you to recognize what could be causing it is that we need to categorize pelvic pain into two different groups. One is called acute onset or sudden onset pelvic pain and the second one is called chronic or longer standing pelvic pain.
The first one out of all of these, the acute onset pain it could be, to do when it comes to gynecology to things such as ovarian cysts that can twist, burst, and cause sudden sharp onset pain. Also things such as acute pelvic inflammatory disease that’s essentially an infection of the lining of the womb or fallopian tubes that’s quite often associated with vaginal discharge. But then there could be other things such as appendicitis irritable bowel syndrome a urine tract infection or peritonitis which is inflammation of the entire lining of the tummy that could be causing this pain.  So really important to go and see a Gynae Nearby immediately if you get any of that. If you’ve got chronic or long-standing pain in particular if it’s been there for over six months there could be other entirely different reasons behind it,  such as endometriosis which is the condition where the lining of the womb spreads to affect other areas outside in the pelvis.
So things like your ovaries or fallopian tubes or it could be a chronic pelvic inflammatory disease that isn’t necessarily associated with vagina discharge but could be affecting your fallopian tubes or could be affecting other organs in your tummy where there’s been some scarring as a result of the infection. Ultimately things such as irritable bowel syndrome and constipation can give you chronic longer-term pain and of course, the rarer causes but really important ones are things like cancer in particular ovarian cancer which is really important to recognize so this is why if you’ve got any pain that’s been long-standing associated with things such as bloating or any other symptoms like vagina discharge abnormal vaginal bleeding or pain during sex.
It’s really really important that you go and see your GP it’s rare for cancer to be the cause behind pelvic pain common things are common after all but it is really important you do go and see a doctor really soon because the trouble is that sometimes when these symptoms are left and neglected quite often a woman can end up presenting quite late and in particular, when it comes to very serious conditions like cancer may be too late to do anything about it so. Dr. Usha M Kumar, Gynae Nearby urges all of you to go and see the doctor if you’re experiencing any pain that’s abnormal or unusual for you and in particular if you’ve got any family history of any particular gynecological cancers.