Cancer develops when cells in the body begin to grow uncontrolled. Cancerous cells can form and spread in almost any part of the body. To learn more about how cancers start and spread, read the article by Dr. Usha M Kumar, Ovarian Cancer Specialist in Delhi.

Ovarian cancers were formerly thought to develop only in the ovaries, but new research reveals that many ovarian cancers may begin in cells at the far (distal) end of the fallopian tubes.

When cells in one part of the body grow abnormally, cancer develops. The sixth most common cancer in women is ovarian cancer. This categorized into three types:

What are the symptoms? 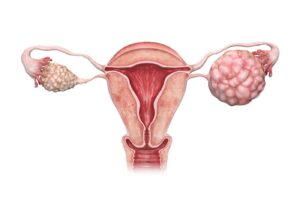 Women who have had these symptoms usually every day for more than a few weeks should contact their doctor. Early medical assessment may lead to diagnosis of the disease at its earliest stage. A better prognosis is linked to early stage diagnosis.

What is the Treatment?

Surgery and chemotherapy are the most common treatments for this cancer. Only rarely is radiation therapy used. Because your treatment depends on your stage grade and performance score, it’s critical to distinguish between early stage ovarian cancer and advanced disease.

This type of cancer is generally treated with surgery as the initial step. The most of surgeries are conducted by a laparotomy, in which the surgeon creates a long cut in the abdominal wall. If ovarian cancer is discovered, the following procedures are carried out.

The bulk of the tumor, as well as the uterus, both tube and ovaries, omentum, pelvic and para aortic nodes are removed during primary cytoreductive surgery, also known as Interval Debulking. Chemotherapy, often known as neoadjuvant chemotherapy, may be required before to surgery.

The procedure may be extensive, requiring the removal of parts of the small or large intestine, as well as the removal of tumor from the liver, diaphragm, and pelvis. One of the most critical elements determining cure rates is the removal of as much tumor as possible. If you have Stage I cancer and still want to get pregnant, only one ovary and fallopian tube may need to be removed. Your oncologist should be informed about your future plans for pregnancy.

Dr. Usha M Kumar is the best Ovarian Cancer Specialist in Delhi for the treatment of Ovarian Cancer. She provides the best ovarian cancer treatment in Delhi and top-line care, the latest treatments, and utmost support in Max Hospital and her clinic in Delhi. Book an appointment here.