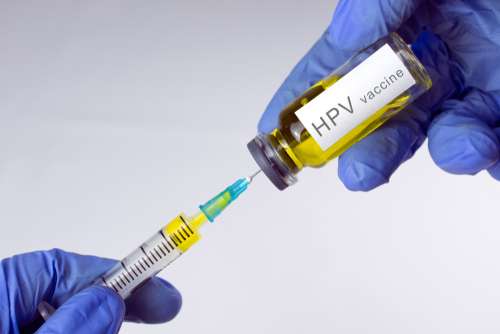 Posted at 08:31h in Cancer by drushamkumar 0 Comments
0 Likes
Share

HPV vaccination and regular cervical screening are without a doubt the most effective methods of preventing cervical cancer. The unfortunate reality about cervical cancer is that, while it is avoidable to a considerable extent, a lack of understanding about preventative measures makes it more difficult to avoid. Let’s look at the Human Papilloma Virus (HPV), HPV vaccines, how it works to prevent cervical cancer, and who needs it.

HPV stands for Human Papillomavirus. The most common sexually transmitted infection is human papillomavirus (HPV). During sexual intercourse, it is transferred from one person to another by direct skin-to-skin contact. HPV infects the majority of sexually active men and women at some time in their lives. However, the infection usually goes away on its own or transforms into a harmless genital wart. However, the true danger occurs when HPV causes cancer, particularly cervical cancer. Cervical cancer claims the lives of about 3,000,000 women each year. 90% of these deaths might have been avoided.

What role does HPV vaccination have in the prevention of cervical cancer?

HPV vaccine works in the same way as other vaccinations do in protecting people from viral illnesses. It increases the formation of antibodies in the body, preventing the virus from infecting cells in the future if it comes into contact with HPV.

Virus-like particles are used in the current HPV vaccinations (VLP). Despite the fact that the vaccines are made up of HPV surface components, they are not infectious due to the absence of HPV DNA. The VLPs stimulate large-scale antibody formation in the body, making the vaccination very effective. However, the HPV vaccination does not protect against other sexually transmitted diseases or treat existing HPV infections or disorders caused by HPV.

Who should get the HPV vaccine and when should they get it?

HPV vaccine is advised for children between the ages of 11 and 12, while it can be begun as early as age 9. All women should be immunised against HPV till they reach the age of 26, especially if they have not been effectively vaccinated against HPV previously. It is said to be very beneficial when used before the first sexual encounter, according to experts.

While the Human Papilloma Virus is more common in underdeveloped nations than in industrialised countries, the disease’s other risk factors are numerous and varied. It includes anything from early sexual activity to smoking and oral contraceptive usage to having several partners.

Cervical cancer can be effectively managed through raising awareness at the individual and community levels, as well as via appropriate government action. To combat HPV and cervical cancer, governments, NGOs, and other concerned groups must work together.