What Every Woman Must Know about Fibroid Tumors 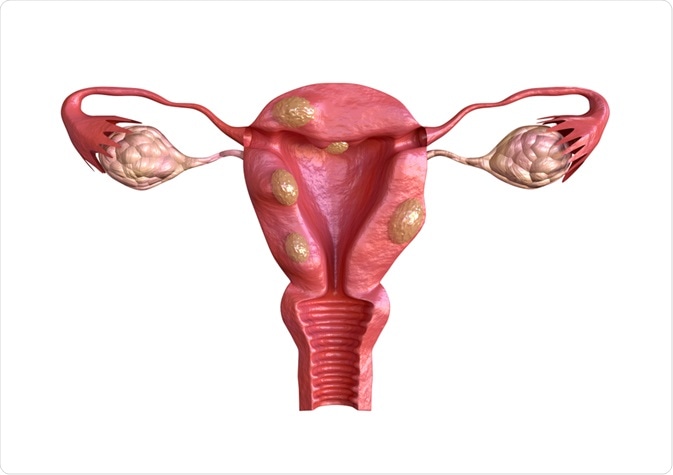 14 Dec What Every Woman Must Know about Fibroid Tumors

Posted at 21:27h in Cancer by drushamkumar 0 Comments
0 Likes
Share

The word “TUMOR” strikes fear in the hearts of all who hear it because they automatically jump to the “cancer” conclusion. However, the overwhelming majority of tumors are completely benign (not cancerous!). If you have been diagnosed with fibroid tumors, DO NOT PANIC. These tumors are extremely common and are very rarely a cause for concern. The best Gynecologic Oncologist in Delhi is going to tell you about what every woman must know about Fibroid Tumors. Read on!

Fibroid tumors also called leiomyoma or simply myoma, are found in the muscle walls of the uterus and are a very common occurrence. While we don’t know exactly why they develop, we do know that they grow and shrink in accordance with progesterone and estrogen production. Fibroid tumors are very rarely cancerous and in many cases, there is nothing to do but wait them out.  Some women have just one or two fibroid tumors, others may have a uterine wall peppered with the masses, which can range from the size of an apple seed to the size of a grapefruit. As you can imagine, the larger the fibroid tumor, the more apt it is to cause physical discomfort and other side effects.

As many as 80% of women will have had at least one fibroid tumor by 50 years of age. They are more common the older you are and women between the ages of 30 and 40 are the most likely to have them. Perimenopause and menopause typically cause the tumors to shrink and/or disappear completely. In addition to age, there are other factors that make you more prone to developing fibroids:

Family history. If your grandmother, mother, or sisters get fibroids, you are more likely to develop them as well.

Weight. Heavier women are more prone to developing fibroids and obese women are two- to three times more likely to develop them.

Diet. If you eat a diet that is heavier in red meat you are more likely to develop fibroid tumors. On the flip side, vegetable and greens-rich diets seem to keep fibroid development to a minimum.

In most cases, fibroid tumors are asymptomatic (there are no symptoms) and women never even know they have them unless the masses are discovered via ultrasound or tests for a separate medical condition. In cases where the tumors do cause symptoms, women typically experience:

In most cases, no treatment is needed. In instances where the tumors cause more moderate to severe physical discomfort or medical complications, the best Gynecologic Oncologist in Delhi may suggest:

Medication. Over the counter pain killers, such as ibuprofen can be used to treat pain/discomfort and iron supplements may be recommended to treat the potential anemia associated with heavy bleeding. Hormone-related birth control pills or Depo-Provera shots may be recommended to help regulate hormone levels, and there are also other more serious medications that can be used to block hormone production as well.

Surgery. There is a wide range of surgeries that can be used. The most straightforward is called a myomectomy, which removes the tumors without doing any damage to the surrounding reproductive tissues. Other surgeries affect the blood supply to the tumors or can be used to put a stop to heavy bleeding. In very rare and extreme cases, a doctor may suggest a hysterectomy, which removes the entire uterus and is the only way to fully eradicate fibroid tumors from developing.

Lifestyle changes. Since we do know there’s a link between fibroid tumors and weight gain, it’s worth it to eat a well-balanced diet full of fruits and vegetables, including those leafy greens. Try to exercise at least three to five times a week, even if it’s as simple as taking the dog on a brisk walk or riding your bike to the park with your kids.

COST OF FIBROIDS SURGERY IN INDIA

For various Fibroids surgery treatments, India is the most considered country for cost-effective Fibroids surgery. The number of women visiting India for the treatment of Fibroids is increasing every year. Uterine Fibroid surgery cost in India costs around somewhere between INR 1,30,000 To INR 1,80,000, which is quite affordable. The mentioned cost may vary.

You can schedule a consultation with Dr. Usha M Kumar, the best Gynecologic Oncologist in Delhi,  if you’re experiencing symptoms of a fibroid tumor or would like to learn more about your treatment options.