Things You Should Know About Ovarian Cancer 22 Apr Things You Should Know About Ovarian Cancer

Posted at 15:41h in Cancer by drushamkumar 0 Comments
0 Likes
Share 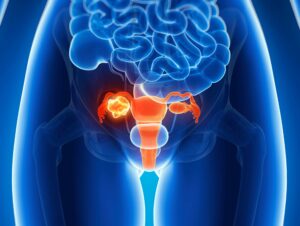 Ovarian cancer is the deadliest and second most common gynecologic cancer. With any kind of cancer, the early it is detected, the chances of successfully treating it increase and vice-versa. Also, if ovarian cancer is investigated in the early stage only, where it is restrained to ovaries it can be treated successfully rather if it is diagnosed at a later stage where cancer is spread in the abdomen and within the pelvis. But you can help protect yourself by knowing if you’re at risk and recognizing the symptoms, says ‘Dr. Usha M Kumar, best cancer surgeon in Delhi.’

The female reproductive system consists of two ovaries, it is of the size of an almond and it is responsible for producing eggs and hormones like estrogen and progesterone.

However, it is difficult to detect ovarian cancer at an early stage as it hardly ever shows any major symptoms. Moreover, in later stages also there are few unclear symptoms. The best Cancer surgeon in Delhi have summed up in below list the symptoms of ovarian cancer:

Ovarian cancer is usually treated with surgery along with chemotherapy sessions. Besides, the causes of ovarian cancer are not known yet in spite of lots of studies. Though doctors have stated what can cause an increased risk of it, exact causes are not discovered.

Doctors have discovered a few factors that can increase the risk of ovarian cancer. It includes:

Well, it is disappointing to conclude that there is no actual way of preventing ovarian cancer. Perhaps, there may be certain ways to decrease your risk: